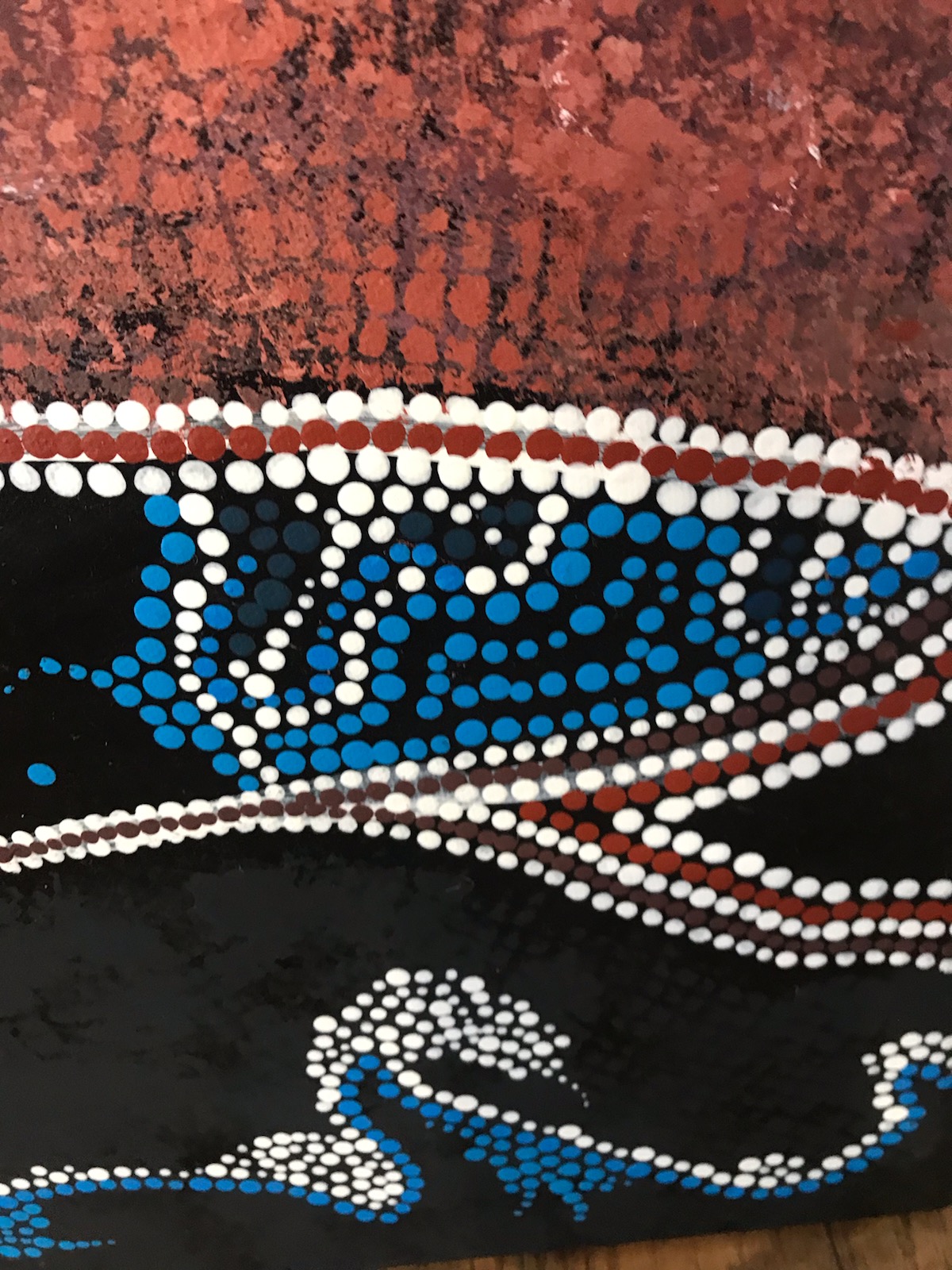 Port MacDonnell Community Complex
5 Charles Street
Port MacDonnell SA
Three artists, all from different cultural and professional backgrounds have found a common ground upon which they have shared their knowledge and skills.

Over the past eighteen months Chrissy, Aunty Michelle and Charlie have moulded this project of weaving Kuya Tjaripitjara/Eel Catchers and Buthu Keriyara/Grass Bags into this informative and educational show. They have worked across the media of film making, painting, carving, traditional and contemporary basketry as well as wood turning with a creative twist. A conversation on how eel catcher’s were constructed by Boandik and other Aboriginal groups inspired Chrissy and Aunty Michelle to begin exploring more about the incredible migration story of the Eels in the Lower South East. This journey of discovery was meticulously documented in a video by Charlie Furr as he followed the stages of gathering and preparing grasses and materials to make the Eel catchers and show the migration route of the eels. This self funded project is educational to teachers and students ranging from preschool age through to high school. Chrissy Pudney is a ceramic and textile artist who exhibits, instructs and sells across the Limestone Coast. She works from her home studio and has been happy to share her skills in this exciting project. Aunty Michelle Jacquelin-Furr is a Traditional Owner and respected Boandik Elder. She works across the schools in the Lower Limestone Coast with her Boandik workshops. She exhibits her work in exhibitions and the Main Corner Gallery in Mount Gambier. Charlie Furr has a keen interest in geological formation and has based his wood turned and resin bowls on the beautiful waterways and caves of the Southeast. He has brought the entire process together in a film which will be showing in the foyer along with this entire collection of work. This fine exhibition will be on show over the Christmas period. Chrissy, Aunty Michelle and Charlie will invite the public to join them at the Gallery for conversation and afternoon tea on Sunday 10 January, 2021, from 1.00 to 3.00pm. “Eel Traps, Dilly Bags, Waterways & Caves” will be on show at the Port MacDonnell Community Complex, 5 Charles Street, Port MacDonnell from Tuesday 1 December 2020 through to Sunday 28 February 2021.