It seems in a funny twist that Port MacDonnell Community Complex Coordinator, Eve Carlin may be winding up her career journey with Council in exactly the same way it started... as a volunteer working in the library…

In 1993 the library was named the “Mary Lattin Memorial Library” and early 1994 the Library moved across the road to 2 Meylin Street. Another highlight for Eve in 1994, was when she worked full-time for the Mount Gambier library for a period of three months. Eve says “The experience I gained not only benefitted me personally but also the Mary Lattin Memorial Library through my increased understanding of various procedures. We forged a strong helpful relationship.”

The Rural Transaction Centre was officially opened by the member for Barker, Mr Patrick Secker in 2001 with Eve at the helm.  The office and library had been combined and an additional range of government and banking services were made available to the public including ANZ local link, Medicare, Centrelink, Employment Plus, Tourist/Community Information and Internet.  Later additions were the delivery of State Government and Service SA services, Bank SA, Bendigo Bank and Ezy Reg.

Eve was proud to receive the ‘Best Marketing Award’ for the Port MacDonnell RTC on behalf of the District Council of Grant in 2003 from the Director, Service SA, Greg Parker.

In 2004 the opening hours of the facility increased and Eve’s long association with trainees commenced, a part of Eves job she has loved. Eve has taught and guided these young people in the many facets of the complex and her legacy of the traineeship program continues today.

There were challenges for Eve along the way “One of my most memorable moments was when we changed over to the “One Card” system, this was a mammoth undertaking but with the help of my colleague and collaborator Angela we eventually managed to “carry on”. While we persisted with the introduction of the new system, Sharyn managed the remainder of the Complex. Thank you to both these ladies.”

The District Council of Grant has valued Eve’s exceptional knowledge of the Port MacDonnell area, community and its history which has enabled her to contribute and add value to the many community groups that she has formed longstanding relationships with. Eve has been involved in many community events such as the Women’s History Group, the 150th Admella celebrations, Tourism Award celebrations, Gallery openings and library markets, and “In 2005 I organised with the Allendale East Area School a competition in conjunction with the Women’s History Group – called “Our Home, Our History.”  This concluded with a ceremony and barbeque held on the ‘Village Green’ on 30September 2005 with guests dressed in period costume.

Eve was recognised by Council for her service with a recent open day at the Port MacDonnell Community Complex, and concluded her speech with “On finishing, I would like to thank the Port MacDonnell community and the public for their ongoing support of the Community Complex. I also wish to thank Council, staff, volunteers for all their dedicated work, and support throughout my journey with the District Council of Grant. It has been a real pleasure working alongside of you all.

Eve Carlin is sure to continue her association with the Port MacDonnell Community Complex as a passionate volunteer, and will now be able to find the time to pursue interests in other fields as well as spending many hours with her family, grandchildren and friends. 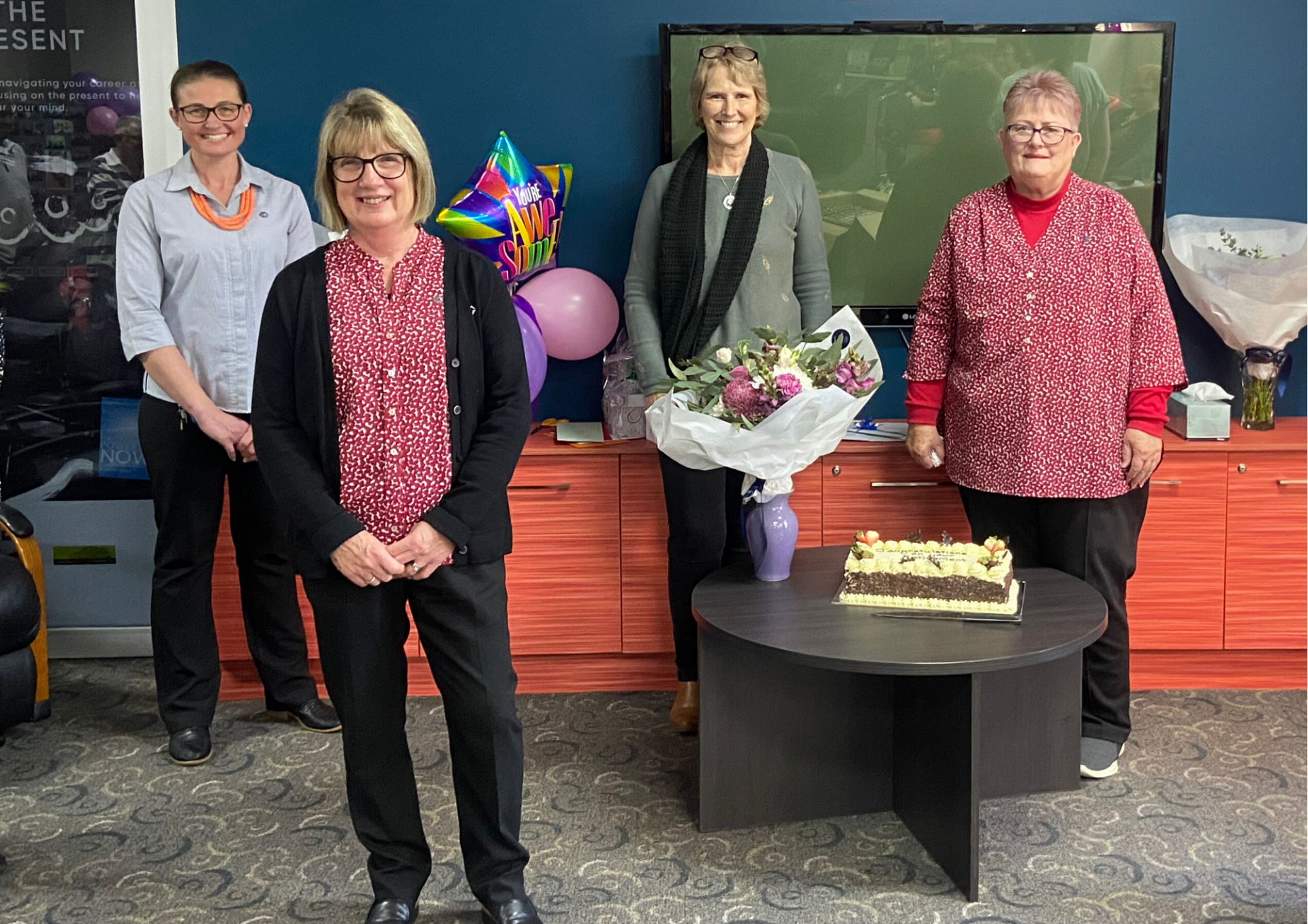