The District Council of Grant is pleased to announce the appointment of Gambier Earth Movers as the head contractor for the Waterfront Stage 2 project at Port MacDonnell.

Part of an overall staged development along the foreshore at Port MacDonnell, this $865,000 project will deliver a new playspace with hero pieces such as a giant boat and six metre tower with a slide and climbing wall, natural water play, an in-ground trampoline, as well as swings and other play elements. A hybrid approach between nature and adventure play is the design principle the team at Oxigen have used to inspire the development; a result of community consultation and an extensive STEM based approach with Allendale East Area School students and Council.

Principal Kylie Smith said the students and staff at Allendale East Area School are thrilled to hear the news.

“Students are often consulted with by government agencies which is super exciting, however sometimes they can find the wait time slightly frustrating.  The developments that have occurred over the past three years have been extraordinary and the District Council of Grant should feel extremely proud of their achievements.”

“The students that participated in the consultation look forward to seeing their planning, organising and recommendations coming to fruition and what better education could young people participate in or want! It has been a real life situation where young people have been the drivers for change, improvement and family engagement.”

“On behalf of the Allendale East Area School we commend the work that staff and students have done collaboratively to achieve such great learning and community outcomes. We also look forward to spending many hours making positive memories in a truly special space.”

The contract with Gambier Earth Movers was readily agreed to by Council due the knowledge and experience gained from Stage 1 as well as the use of local contractors and the level of workmanship previously demonstrated. The contract also includes an update to the Standish Street intersection and a new shelter and picnic seating on Sea Parade.

Mayor Richard Sage said Stage 2 would build on Stage 1 and be an asset for the community and the tourism industry for many years to come.

“Council will be pleased to see the Waterfront Stage 2 come to life over the next six months, a result of many years of hard work dating back to the Port MacDonnell Masterplan adopted in 2014.”

“With the new pump track in and ready to go for the October school holidays along with the Boandik references starting to emerge, we can really start to see how a strong and collaborative approach between Council and Community has made this place special and the project take shape.”

Engineering Manager at Gambier Earth Movers Adam Maywald said that the project is a welcomed boost.

“During these uncertain times of COVID-19 the Waterfront Stage 2 will form a significant part of our works programme going forward for the latter part of this year. A significant portion of our employees, all who live locally, had the opportunity to assist with the Stage 1 works, building a personal connection with the project goals, feeling like they were contributing to something that would be admired by the public for many years to come, and they are relishing the opportunity to do the same with Stage 2.”

“We thank the District Council of Grant for again keeping their investment local, and look forward to continuing to contribute to this landmark community project for the Limestone Coast region".

The Waterfront Stage 2 had a forecasted 2019-2020 budget of $705,000, co-funded by Council and the Department of Planning, Transport and Infrastructure.

Mayor Sage explained that community consultation in late 2019 highlighted a need for more seating and shelters along the foreshore, so Council decided to expand the scope of the project to include a new shelter and seating on Sea Parade.

Furthermore, to ensure the playground is delivered to a high quality standard that the community expect, additional resources to the value of $160,000 from Council’s Open Space Contribution fund have been allocated to this project taking the project budget to $865,000.

For further information about Councils Open Space Contributions Fund or the budget process for this project, people are encouraged to contact Council or find out more at YourSayDCG.

The current playground on the foreshore will remain in place until after Christmas with works on this area and Standish Street starting late January and to be complete by end of March. This will still give the community and visitors a playground to use over the summer months.

The Waterfront Stage 2 is expected to start late October 2020 and be completed by March 2020. 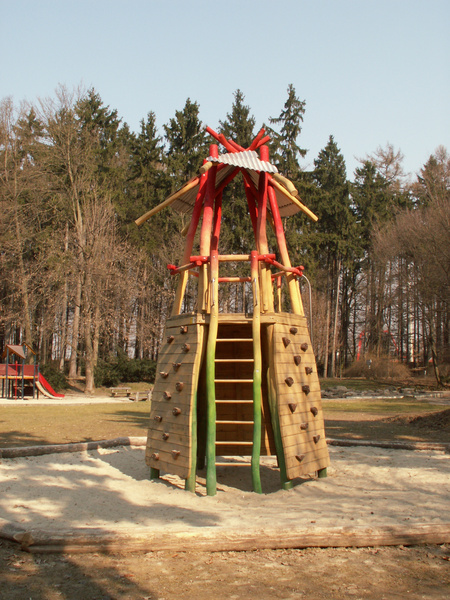